Prisoners of the Sun - The Adventures of Tintin 14 by Hergé 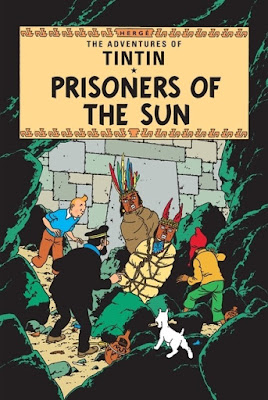 Prisoners of the Sun concludes the story begun in The Seven Crystal Balls, with the scene shifting to Peru as Tintin, Snowy and Captain Haddock pursue Calculus's kidnappers, with the not quite help of Thompson and Thomson. There's no real recap at the start of the tale, just a quick scene in a police commissioner's office, reflecting the original back to back publication but it does stand out more when the two albums are published under separate names.

The Seven Crystal Balls - The Adventures of Tintin 13 by Hergé 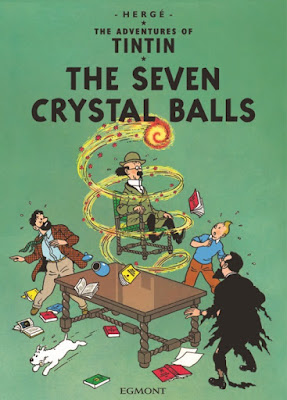 Had things turned out differently, The Seven Crystal Balls could have been the final, incomplete Adventure. Begun in the latter stages of the war, publication was abruptly halted when Brussels was liberated with Le Soir newspaper being temporarily suspended and then restarted with a completely new editorial staff whilst Hergé faced accusations of collaboration and was unable to work for the press for nearly two years. (During this time, he redrew many of the earlier Adventures for the clear line colour format, but although his book publishers were supportive, it's doubtful the economics of the album market could have sustained the series by themselves.) The story and the Adventures as a whole were only revived with the launch of Tintin magazine in the autumn of 1946, bringing colour to the original serialisation for the first time. It's interesting to wonder what might have happened had the Adventures never returned, not just on the cultural impact and legacy of Tintin but on the whole Franco-Belgian comics tradition. Although a number of the developments had begun before the war and many creators began during it when imported strips disappeared, The Adventures of Tintin were a key influence for years afterwards with imitators and rivals. If Tintin had never returned after the fiftieth page here, bandes dessinées could have turned out very differently.

Red Rackham's Treasure - The Adventures of Tintin 12 by Hergé 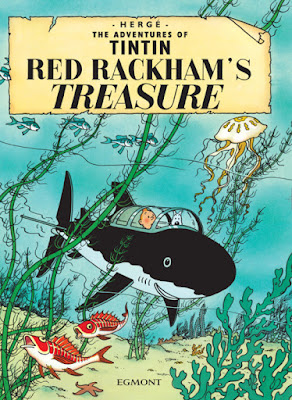 Red Rackham's Treasure is the most unusual of the Adventures so far. It's explicitly the second part of the story begun in The Secret of the Unicorn but it takes quite a different approach. Whereas that tale is set entirely in Tintin's home country, this one takes him all the way across an ocean and back again as he searches for the treasure captured by Captain Haddock's ancestor. 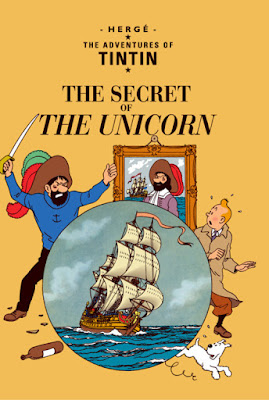 The Secret of the Unicorn is very different from what has come before, showing the series growing in self-confidence and showing a willingness to experiment. For the first time in the series we get an adventure told over two books (whereas Cigars of the Pharaohs is essentially self-contained, albeit with loose ends that The Blue Lotus picked up on). It's also a tale that confounds expectations. The cover suggests a grand adventure at sea with an early modern ship and pirates but in fact we get the first story set entirely in Tintin's home country.