The Black Island - The Adventures of Tintin 7 by Hergé 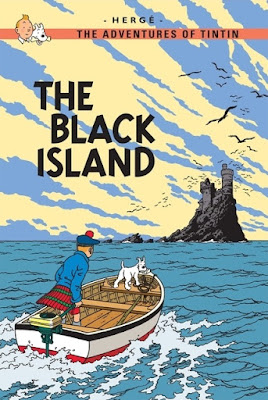 The first thing that stands out about this album is the cover format. The use of a band at the top for the series title with Tintin and Snowy's heads in the top left-hand corner is a style not otherwise seen until quite late in the run, reflecting the complicated publication history of this adventure. Like most of the early Adventures it was originally published in black and white and then redrawn in colour during the 1940s. But the version now generally available, and reviewed here, is a further alteration from the 1960s, made at the behest of the-then British publishers, Methuen, but which appears to have displaced the earlier version in all languages.

The Broken Ear - The Adventures of Tintin 6 by Hergé 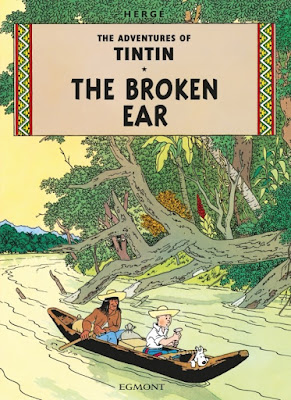 This one's a slight curiosity as there are some cover galleries around which show this with the title "Tintin and the Broken Ear", including the one on the sleeves of the DVD releases of the 1990s cartoon (though the episodes themselves use the simpler title). The current Egmont editions, however, use the shorter title. I'm not too sure what's going on here but I'll stick with the shorter title used on current editions of the album available here.

The Blue Lotus - The Adventures of Tintin 5 by Hergé 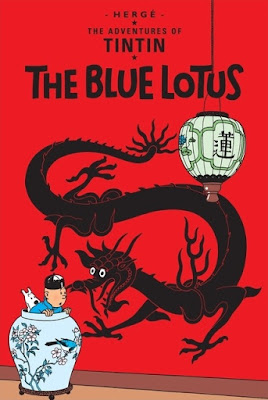 It's a sign of the skill of the Adventures that some of the albums are direct follow-ons from preceding adventures yet the earlier tale feels a complete whole. This is especially helpful if the latter story is unavailable in any way - and The Blue Lotus didn't get an English translation until a dozen years after Cigars of the Pharaoh. Conversely in the original French the colour edition preceded the earlier tale's redrawing by nine years.

Cigars of the Pharaoh - The Adventures of Tintin 4 by Hergé 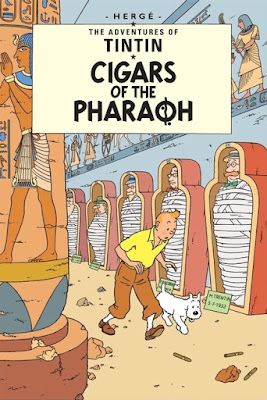 Cigars of the Pharaoh is the first of the Adventures to not have "Tintin" in the title, presumably due to the appearance of the series title "The Adventures of Tintin" on the cover making it redundant to repeat the star's name, though as we'll see later, this reasoning was not always adhered to. This is also the first album to feature the characters Thompson and Thomson and also Rastapopoulos, though each had had a cameo added to the redrawings of earlier adventures.

Tintin in America - The Adventures of Tintin 3 by Hergé 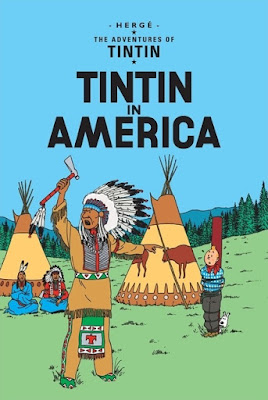 Tintin in America may be the third story in the Adventures, but thanks to the various issues that have affected the availability and readability both earlier adventures it has often wound up as being the first adventure in the series for many. Combined with its post war redrawing and subsequent revisions the result is an introduction for many that has had a lot of the earliest problems ironed out to make it consistent with what is to come. But it's not completely there yet and there are still some aspects that feel odd in hindsight.